To educate a girl child is to invest in a better tomorrow. The evidence is clear- investing in girls’ education results in strong economies as well as healthy and stable communities. However, the UNESCO Institute for Statistics (UIS) asserts that girls have a higher chance than boys of never setting foot in a classroom. Girls continue to face indomitable challenges, which pose a significant barrier to their education; therefore, Partners for Development (PfD) has initiated a campaign to educate and empower girls.

PfD’s Anne Johnson Memorial Scholarship Fund (AJMSF), named for our late colleague Anne Johnson, aims to support the education of girls in Nigeria, where there are gender disparities in education. Boys attend secondary school at a rate that is 10% higher than girls. The literacy rate among the 15-24 age group is 76% for males and only 58% for females (UNICEF, 2013). These disparities continue to grow in the poorer northern region, where girls are forced to work rather than continue beyond primary school.

The AJMSF provides support to girls, in the form of tuition and books, to support them through Junior Secondary School thus increasing the retention of girls in secondary schools in Nigeria. The majority of donations come from individuals, and it is through their generosity that we are able to cover 40-50% of each girl’s total annual school fees, insuring the sustainability of the fund. Since its inception in the 2014/2015 academic year, the AJMSF has supported the education of 48 Nigerian girls! PfD is immensely grateful for the generous donations, which have enabled us to empower these future leaders.

Evelyn Ivie Igbalagh (pictured to the left), age 18, is the second of five children of Mr. and Mrs. Igbalagh. Her parents are peasant farmers living in a rural community, Ehor, in Edo State in southwestern Nigeria. Income from the family’s small farm makes it very difficult to afford school fees for Ivie and her four siblings (while public school theoretically should be free in reality parents are expected to contribute for school supplies, teacher compensation, and school lunches). At times, Ivie has been forced into street hawking to supplement her family’s income, a situation that can expose her to emotional and physical abuse. Ivie’s parents made the difficult choice of sending her to live with relatives in Benin City, capital of Edo State. In exchange for work that Ivie does at the relatives’ home they help cover some of her school costs.

The relocation and level of poverty in her own family has slowed Ivie’s progression through the grades of secondary school. At age 18 she is several years older than most of her classmates because of her poor family status that is unable to pay for her education) at Uselu Junior Secondary School, Uselu, Benin City, Edo State where she is in her final year. Ivie is one of the Anne Johnson Memorial Scholarship recipients. She attends a mixed secondary school of about 3,000 students. Her favorite subject is Business Studies and she enjoys reading. Despite the many challenges she has faced Ivie is determined to move on to Senior Secondary School and complete the three years at that higher level. Learn more about the impact of the AJMS and read other success stories in the recent report.

With the 2017/2018 Nigerian academic year commencing this October, consider making a donation to the AJMSF fund. Give the gift of a brighter future to girls like Ivie. 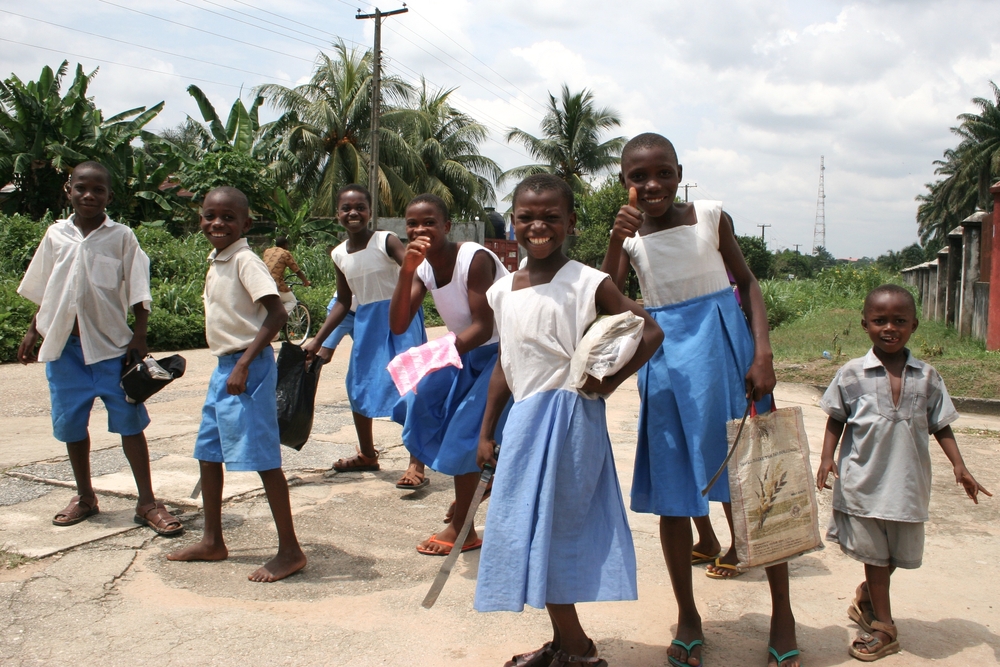