Board Member, Chair
Nancy Pendarvis Harris is a Chair on the PfD Board of Directors. As Vice President at JSI Research & Training Institute, Inc. (JSI), she focuses on strategic planning, new business development and new initiatives. For three decades, Ms. Harris has led programs in reproductive health, maternal-child health, health systems and integrated health and development. She has directed large worldwide programs and country programs, fostering her understanding of the context in which development efforts and advocacy operate. Her large professional network and proficiency in languages enables her to communicate effectively with policy-makers, program managers, governments and private voluntary agencies. Ms. Harris is a former Peace Corps Volunteer and she has a Masters of Public Health from UCLA.

Board Member, Treasurer
Steve O’Brien is a retired Chief Economist from the World Bank. For 24 years, Mr. O’Brien was employed by the Bank and held the positions of Senior Economist for Eastern Africa, Division Chief for Operations in the Philippines, Chief Economist for West Africa and later for Sub-Saharan Africa, Chief of Regional Mission for Eastern Africa and Kenya, and lastly as Adviser to Human Resources on field office staffing. Since his retirement in 1997, Mr. O’Brien has worked on several projects relating to economics, corruption, aid policy, and development. Steve received his Bachelors in Business Administration from the University of Kansas and his Masters in Economics from Stanford University. 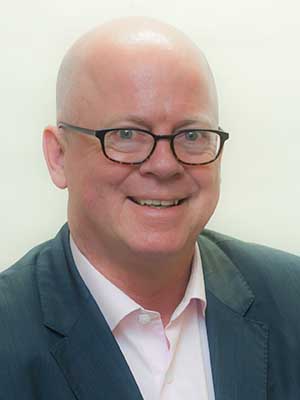 Board Member, Trustee and Chair of Board Recruitment Committee
Michael Chommie is an accomplished professional with over 25 years of experience in designing, implementing, and monitoring & evaluation of global health and community development programs. He has over 10 years of Chief of Party-level experience in Africa and Asia, where he cultivated an exceptional ability to create partnerships with commercial entities, local NGOs, civil society groups and all levels of government. He has worked with a diverse network of partners, including USAID, DFID, Dutch Ministry of Foreign Affairs, EC, The Global Fund, KfW, The Bill and Melinda Gates Foundation, development banks / social investors, and UN agencies. Until recently Mr. Chommie was the Managing Director of Population Services International-Europe. Mr. Chommie also has significant experience implementing projects in fragile / post-conflict states, including Afghanistan, Bosnia-Herzegovina, Pakistan, Rwanda, Somalia, and South Sudan. In addition to his talent for cultivating partnerships, Mr. Chommie is also sought after for his executive coaching and mentoring skills and for his organizational development experience including governance, compliance and advocacy. Mr. Chommie has MA in International Administration and lives in Geneva, Switzerland.

Board Member, Trustee and Chair of Resource Development Committee
Lanre Williams-Ayedun has over twelve years of experience in international development program design, implementation, and management. She started at PfD as a Program Intern and subsequently held positions as Health Advisor in PfD’s Abuja, Nigeria office as well as Program Manager at PfD’s headquarters. Since 2009, Ms. Williams-Ayedun has worked for World Vision, Inc. She currently serves as Deputy Director for the Child Development and Protection team, where she manages a team of Program Management Officers supporting a multi-million dollar global portfolio of child protection, education, youth workforce development, gender and gender based violence, and disability inclusion projects. Ms. Williams-Ayedun holds master’s degrees in International Development and Public Health from The George Washington University.

Sophal Ear, Ph.D., is a tenured Associate Professor of Diplomacy & World Affairs at Occidental College in Los Angeles. He taught political economy and how to rebuild countries after wars at the U.S. Naval Postgraduate School and international development policy at the Maxwell School of Syracuse University. His career highlights include consulting for the World Bank, Assistant Resident Representative for the United Nations Development Programme in East Timor, a TED Fellowship and Fulbright Specialist. Aside from PfD, Dr. Ear serves on four other non-profit Boards, including the Nathan Cummings Foundation. He has authored several books including Aid Dependence in Cambodia: How Foreign Assistance Undermines Democracy (Columbia University Press, 2013). He also wrote and narrated the award-winning documentary film “The End/Beginning: Cambodia” based on his 2009 TED Talk. A graduate of Princeton and Berkeley, he moved to the United States from France as a Cambodian refugee at the age of 10.

Board Member, Trustee
Steven Hansch has been a trustee of PfD since 2003, and a friend of PfD, following its activities since the early 1990s. He also serves on the boards of several other non-profits, and has worked in the world of private voluntary organizations for most of his career, including field work with CARE, International Rescue Committee, the Refugee Policy Group, Tufts University, and Food Aid Management. Trained in epidemiology and nutrition, he has worked for UNICEF, the World Health Organization and the World Bank, teaches university-level courses, and is a Fellow of the Institute for the Study of International Migration at Georgetown University. Mr. Hansch has spent time in the field in each of the countries where PFD works, including travel to its health clinics in eastern Nigeria, visits to agro-processing sites in Bosnia, malaria-control sites in northern Cambodia, and with partners in Dar es Salaam. Mr. Hansch has a Master’s in Public Health from Boston University.

Board Member, Trustee
Anjali Kumar is an economist and evaluator with over 30 years experience in international development. Anjali worked at the World Bank in all regions of the world, covering macroeconomic policy and project finance to all sectors, and was an Advisor in the Finance vice presidency. At the Bank’s Independent Evaluation Group, she led teams of up to thirty people on major corporate and global policy evaluations of the World Bank, from its poverty reduction strategies to its corporate procurement policies, its role in the global financial crisis, its fiduciary oversight and its systems for monitoring and evaluation and results measurement. She has presented papers on evaluation methods at the American, Canadian and European Evaluation societies. Following her recent retirement at the end of 2018, Anjali is a consultant evaluator of UK government projects in development and a contributor to non-profit organizations in the area of development. She holds a Ph. D in economics from the University of Cambridge, UK. Anjali has published extensively on a range of topics in the area of international development and speaks French, Spanish and Madarin Chinese in addition to English and Hindi.

Board Member, Trustee and Chair of Audit Committee
Damilola Odetola is a board member and trustee at Partners for Development. Passionate about cooperative values and the informal sector, Mr. Odetola has over a decade of business and finance experience. Mr. Odetola is currently the Relationship Manager at National Cooperative Bank in Washington D.C. It was here where he serves as the main contact for borrowers, fostering existing and new relationships to ensure effective relationship management. Mr. Odetola has also held management positions in several other banks within the United States and abroad. In Lagos, Nigeria he was a supervisor of banking operations at Chartered Bank PLC. As a supervisor, he coordinated the payment of military pensions across the nation and contributed to the development of a more efficient process leading to a 27% decline in costs. Mr. Odetola holds both a Masters of Business Administration and Masters of Science in Finance from Walsh College.

Advisory Member and Board Emeritus
Deirdre LaPin is an advisory trustee and Board Emeritus at Partners for Development. With a Ph.D. and MPH, Ms. LaPin is a scholar and international development specialist with a background in academia, government, multilateral agencies, and the private sector. From 2008 to 2009 she was a Fellow at the Woodrow Wilson Center in the Smithsonian Institution researching the social history of the Niger Delta. Subsequent to her academic career, Ms. LaPin joined UNICEF as a senior official in Benin Republic and Somalia, where she initiated new strategies for health, water supply, and strategic planning. She later became manager of a worldwide project for the USAID Office of Health and Population. Ms. .LaPin is currently an Associate in the African Studies Center at the University of Pennsylvania and a consultant for the private sector and international development agencies on best practice social policy and investment.

Advisory Member and Board Emeritus
As a Co-Founder, Joel Montague is a long-standing trustee to Partners for Development. With over 30 years of experience, Mr. Montague has been a trustee of various nonprofit organizations including the US Committee for Refugees, the National Council for International Health and PfD. Mr. Montague has had both long-term and short-term assignments in Africa, Asia and the Middle East, garnering substantial hands-on experience in the developing world.
Mr. Montague has a MA in Political Science from John Hopkins and a MS in Public Health from the University of North Carolina.

Advisory Member and Board Emeritus
Richard Westebbe is an advisory trustee and Board Emeritus at Partners for Development. He began his professional career in 1949, working on the Marshall Plan, and later served as Executive Director with the Greek Government Foreign Trade Administration, Adjunct Professor with Georgetown University, and worked in the International Finance Division of the Federal Reserve Board. Mr. Westebbe also held numerous positions with The World Bank, including his role as Advisor, Chief in the Economics of Urbanization Division, Department Senior Economist in West Africa, the Chief of the Planning Advisory team in Zaire, and Lead Economist for most of their West African countries. At The World Bank, Mr. Westebbe played a key role as one of the architects of Structural Adjustment Lending (SALs) and in the establishment of SAL programs in the Ivory Coast, Togo, Benin, St. Tome, Guinea Bissau, and Cameroon. He led the 1999 Anti-Corruption Report Mission to Mali, and was most recently asked to draft post conflict strategies for Liberia and the Democratic Republic of Congo, as a prelude to the possible restoration of lending by the international finance community. Mr. Westebbe is the author of a number of books and articles, mainly on the economic history of the Netherlands, the Greek economy, and the challenges involved in African development.