Partners for Development is in its 14th year helping to provide those in need access to credit in Nigeria. PFD currently builds the capacity and provides loans to over 20 local microfinance banks and institutions. Increasing access to credit for impoverished peoples is a proven and successful way to help people break the cycle of poverty. By providing small loans to individuals who are denied traditional loans by banks and commercial loan agencies, PFD provides them with the means to start a business, invest in more and better food resources, pay for school fees, and afford healthcare. From 2001 to 2013, PFD directly issued over $ 2.6 million USD in loans to over 76,128 borrowers in Nigeria. However, our reach is multiplied as local partners have been able to relend funds several times. Over 95 percent of the loans are provided to women.

But, why focus on lending to women? 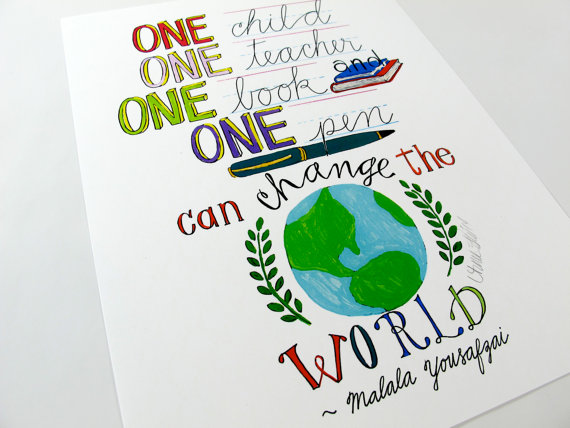 In Nigeria, especially in rural areas, women are in the background and many do not have a large voice in their communities. The Honorable Hajia Zainab Maina, Minster of Women Affairs and Social Development for Nigeria remarked that although “women constitute about 50 percent of the national population” and “contribute about 60 percent of local food production… their role in promoting economic and social change continues to be inadequately recognized and undervalued.” Further, a 2012 report on gender equality in Nigeria (UKAID) found that women often lack access to credit and are unable to participate in the formal economy. Thus providing credit for women brings them closer to financial inclusion and allows them to flourish as entrepreneurs. Furthermore, by participating in microfinance, women are empowered and able to increase their self-reliance. With their increased confidence gained through expanding their businesses and increasing their family income, women are able to play a larger role both within the home – i.e. planning the family budget – and in their communities.

In Nigeria, PFD and our local partners loan to women because they are best able to prioritize the family’s needs, focusing on family health, nutrition, and education.

Not only does the access to credit allow women to start or expand businesses, but PFD and our partners are multiplying the benefits gained by our entrepreneurial women by incorporating health messaging into the loan process. PFD uses the microfinance process as a platform to hinge other programing and projects such as reproductive health and exclusive breast feeding. When the women attend their regular weekly or monthly microfinance group meetings, they also receive information on breastfeeding practices, reproductive health, personal hygiene and nutrition; by incorporating messaging we are building on a platform which already exists and the women trust the messaging because of the known source.

The aforementioned integrated program was studied by researchers from the UNC Gillings School of Global Public Health and the results were published in the Journal of Nutrition who found that women who participated in the microfinance programs with the health messaging had an increased likelihood of exclusively breastfeeding their infant for the first six months. Additionally, the study found that the women who participated were less likely to give their baby water instead of breast milk. These changes can have drastic effects on reducing illnesses and death for infants in their first years. Children who are breastfed have at least a six times greater chance of survival in the first few months than non-breastfed children and using optimal breastfeeding practices would prevent more than 800,000 deaths of children under five (UNICEF, 2014).

The women involved in the program gain knowledge and are empowered to share the new information with their community. For instance, one participant who attended the additional health trainings with one of PFD’s partners said “[the classes] really added to my knowledge and [have] given me the boldness to face my daughter and other women around me to enlighten them on some health issues.”

More recently, PFD has integrated of business and financial skills training within the microfinance program, in which borrowers with minimal levels of education are trained using an experiential learning curriculum jointly developed by PFD and other development partners in Nigeria. PFD’s microfinance programs also help the next generation, since many women use the money they earn first and foremost to pay for education costs for their children. PFD and our partners are offeringscholarships so that those involved in the program are reinvesting the money into their small business to encourage growth and improved livelihoods. Through the Anne Johnson Memorial Scholarship Fund in memory of Anne Johnson, who served as the Country Director for Nigeria and dedicated 20 years to work with PFD, and our partners, we award educational scholarships to girls of microfinance borrowers.

Since 2001, PFD has expanded and manages microfinance activities in five other countries: Bosnia & Herzegovina, Liberia, Cambodia, Tanzania, and Benin.